Alpha is a webtoon with Bookyeom.

An agent Alpha, who doesn't feel emotion, is given a secret mission.

Its also a prequel to Noblesse as at the end it shows M-24 who appears in Noblesse in a experiment tank. The first episode (Korean) is about the Union, the modified human, and the experiments. At the end, there's a logo called JHS studio, which reveals that this work and the Noblesse are the same world view. Because the representative of JHS studio is Son Jeho, who was the author of Noblesse. 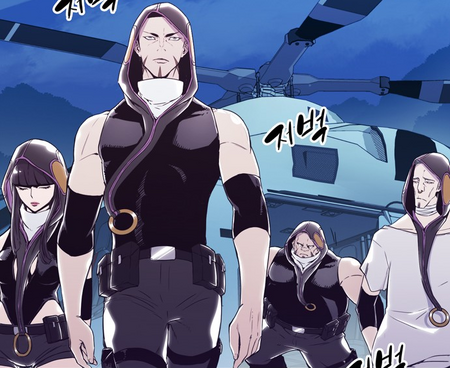