Denma is a Naver webtoon with story and art by Yang Young-soon.

Silverquick is an intergalactic courier delivery services corporate that hires Quanx with special abilities as their delivery men. Dike a.k.a the Merciless Death of Planet Urano becomes indebted to Silverquick, and becomes trapped inside a body of a small child named Denma. He takes off in a journey of making interstellar deliveries in hope of paying off his debt and reclaiming his body...

In 1995, Yang Young-soon created a comic MAAT. This is the main character of Maat, a high priest of the SF-style religious group. And in 1998, the author created a comic Iron Dog John Doe and the SF-style religious group also appears. The main character is Abigail, who changed both arms into cyborgs, and Eugene appears. The background is planet Gaia. In 2005, the author created a comic Sambanijo and it deals with the contents related to the past life, and shows how to get the super power. In 2008, the author created a webtoon Rami Record. The SF-style religious group is named the Church of Madonna. The main character is Rami, who's pre-priestess, and Soy, Jay, Abigail, June, Guardian priests, Agnes appears. It also appears the past life, and the super power. In 2010, the author created this work. The main character is Denma/Dike, and the characters of Iron Dog John Doe and Rami Record are gathered together and the story follows. And the super power is named the Quanx. Ran of this work's name motif is said to be based on Ran, who's the protagonist of Ran's Formula. Ran of this work causes events by using the causality, like Ran of Ran's Formula. 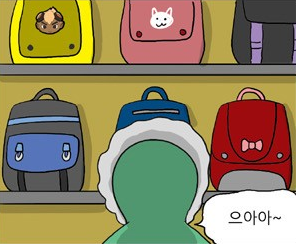 Joo Ho-min is this work's fan, so one of the bags on Along With the Gods This World 11 (Korean) is Denma's face. 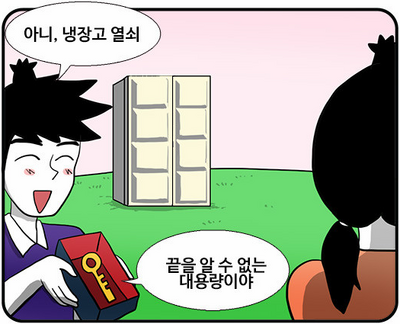 In January 2018, Since Times signed an intellectual property contract. Since Times will use this to show casual RPG. link (Korean) Later, it's revealed in July of the same year that a mobile strategy card RPG Densinma with NAVER WEBTOON (덴신마 with NAVER WEBTOON) will be released. This is a game with 3 webtoons. One is Sindorim and the other is I'm a Middle Schooler Becoming the Demon Lord. link (Korean) In April 2, 2019, the official service of this game has begun. 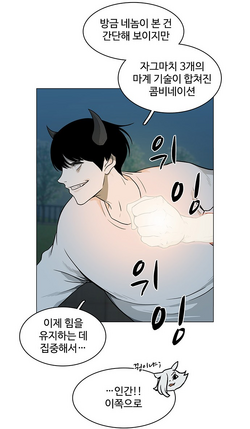 Myeong Sung-jun: "What you just saw might look simple, but it's a combination of not one, not two, but demon realm's three skills. Now focus on maintaining power..."

Since there are so many characters in this work, only the main characters, including characters related to the delivery stories, are listed here. It's referred to the one article of webzine (Korean) as a list of major characters. And to prevent spoilers, some characters are on a different character list than the article. Also, the characters mentioned above, related to the author's previous works, aren't included in the article, but are included here.

About this footer • Edit footer

Retrieved from "https://koreanwebtoons.fandom.com/wiki/Denma?oldid=9268"
Community content is available under CC-BY-SA unless otherwise noted.