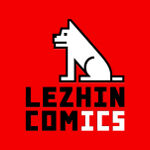 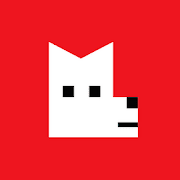 Lezhin Comics is a webportal that specializes in webtoons. It was founded by Hee-sung Han (Founder, CEO, a.k.a. Lezhin) and Jung-hyuk Kwon (CTO). It is based in South Korea and its services are offered in Korean, Japanese and English.

Lezhin Comics takes a content approach to driving revenue. Popular webtoons are often packaged in a series of episodes, like TV shows. Lezhin Comics allows readers to view current and past episodes for free, but if a reader wants access to future episodes they must either wait a week until the next episode is unlocked or pay to gain immediate access. Webtoon authors decide how much advanced access to each episode costs, and a percentage of each sale is split with Lezhin.

However, due to links between Lezhin Comics' editorial team and radical feminist groups, and behaviour of the artists contracted to Lezhin, many in Korea have started boycotting Lezhin Comics, and its popularity has fallen.

Heesung Han was a famous blogger in Korea known for his humorous posts, which were considered pretty vulgar. And Korea is quite intolerant to people who talk about sexual topics and jokes in public. For this reason, his blogs got shut down by the officials. Later, Heesung vowed to create a legitimate website where he can stay independent, and he did come back with a vengeance. Lezhin Comics is now one of the best web-comic (also known as webtoon) platforms in Korea. Naver, a Korean web portal giant, also provides webtoons for free, but it seems like Lezhin is winning the competition at the moment. Many famous webtoon authors have moved to Lezhin, due to less censorship and the promise of more money for their webtoons, and readers are worried that even more will move in the future. Lezhin agreed to a strategic partnership with CJ E&M, a corporate giant in Korean entertainment industry, which reflects its growing popularity.

The company received a lot of early attention because Heesung Han was a popular blogger and also because Lezhin Comics started charging for webtoon episodes. Up until this webtoons were viewed for free and manhwaga were paid based on how many people viewed and stayed reading the webtoons. Lezhin Comics succeeded in creating a market for premium webcomics in Korea. For this reason Lezhin Comics is considered a game-changer. Premium webtoons became the norm with Naver and KAKAO WEBTOON adopting the business model.

From the very start, Lezhin stood for artistic freedom in a country where Confucianism is still very influential (thus very conservative), and supported financial stability of the artists. That is why Lezhin Comics started with a business model where viewers paid for comic episodes, instead of adopting the free model already heavily in use by giant portals like Naver and Daum, and shared its profits with the creators, and also is open to more mature genres such as BL (yaoi) and GL (yuri). Lezhin Comics is offering at least 6000 comics in Korean, 97 comics in Japanese and 160 comics in English.

In April 2015, Lezhin Comics launched its services in Japan. First started as a BETA site, it quickly found its footing and official website was opened in July.

In December 2015, Lezhin Comics expanded its services to include English speaking regions.