Trump: Another Space Time Continuum is a webtoon written by Chaeeun Lee.

On February 29th, children under the age of 14 are said to have their wishes granted on a day known as Melly Day. In a world where all individuals can use magical powers, Hiasen has the ability to manipulate things from reality in his dreams... but all he really wants is to see his father again, who happens to be a wanted criminal. When his wish is granted on Melly Day, the world as he knows it changes forever and he gets tangled up in a series of murder and concealment 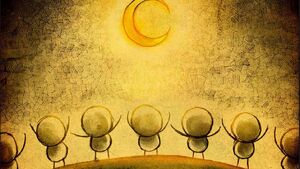